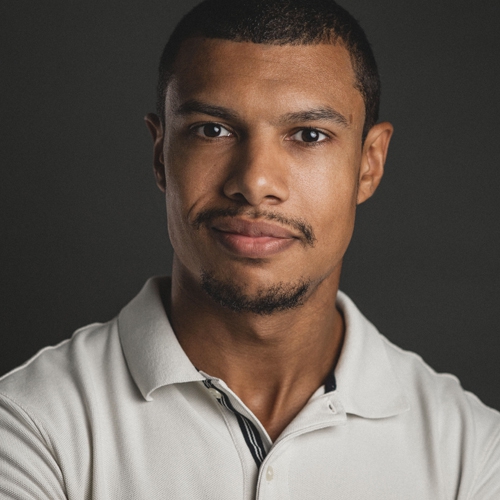 A.I.M. to Empower yoga teacher Charles Linares began practicing yoga in August of 2018. The practice fell into his lap one day when he passed Evolution Power Yoga’s studio, as he did so many times before. This time, however, he noticed a month-long special for new students. He jumped on the opportunity to finally try yoga, and immediately, he fell in love.

From his first class, Charles practiced as often as he could, instantly noticing mental and physical results. It was challenging, but he found himself in a better mood each day when he completed a class. Charles was so inspired by what he was learning in yoga—from the physical poses to the mental transformations—that he wanted to share with as many people as he could. By the following summer, he committed to a Yoga Teacher Training through Evolution Power Yoga.

Charles took his training very seriously. As part of the training process, he had to practice teach to small groups outside of the studio. That’s when he began to explore opportunities to teach yoga at various community events in his Lancaster neighborhood, as well as a few official A.I.M. to Empower events. He began to teach at Lancaster Catholic, Spanish American Civic Association, Nuestra Clinica Residencial, and Project Lazarus.

Charles didn’t stop there. In January of 2019, after receiving his official teaching certification, he began teaching at the Boys and Girls Club every Wednesday and Project Lazarus every Thursday through A.I.M. “I really enjoy teaching at the Boys and Girls Club because the kids there remind me of myself when I was young, and I want them to see yoga as a tool to build grit, toughness, and peace of mind,” Charles says. These are the gifts that yoga has given to him that he is so dedicated to giving away.

The biggest challenge, he explains, is convincing others of their own capabilities—that they, too, can practice yoga. However, Charles uses this challenge as an opportunity to empower others and be of service. “It’s really inspiring to see people do something when they really thought they couldn't. Breaking down people's perceptions about what's possible is how I hope to impact people through yoga,” he says.

Charles’ favorite part of yoga is still his own personal practice. He’s gets into the studio for class as often as he can so that he can take all of that out into the world. “My yoga journey is still in the early stages, but I love the positive transformation I'm experiencing,” he says. The mark of an incredible teacher is a willing student, and Charles’ dedication to his personal practice and his service is inspiring.