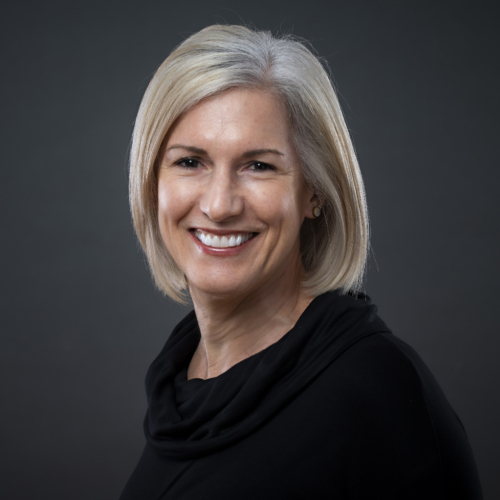 Debbie Rill was inspired by A.I.M.’s desire to create communities that encourage and support each other through the practice of yoga. She began her journey with A.I.M. as a volunteer and a board member. Debbie now coordinates the programs and outreach as well. From their humble beginning, she has now helped organize their efforts to prison populations, people living with mental illness, people in addiction recovery, sex-trafficking victims, and homeless women and children. Through the joy of yoga, they have also supported English Language Learners, youth detention facilities, and after-school elementary programs. They partner with organizations such as the Lancaster Recreation Commission and Community Action Partnership of Lancaster to serve their participants, too.

Debbie is endlessly inspired by the participates she meets through A.I.M. to Empower’s programs. She remembers one student often: “In the beginning, she told me that she would never have tried yoga for fear of being made fun of, and now she participates on a regular basis with our guided A.I.M. to Empower sessions!” That access to discovery and new possibilities is what A.I.M. works so tirelessly to provide.

Debbie explains, “I am most proud of the connections we make to break down barriers to opportunities and personal transformation on the mat. Many of the communities we serve tell us that they would have never tried yoga without our presence. We are there for populations that would not have opportunities to connect with the transformational tools of yoga.”

What’s in store for the future of A.I.M.? According to Debbie, it’s wide open. She imagines those that they guide becoming leaders in their communities and families. She sees A.I.M. growing even further into York and Harrisburg, with committed volunteers and new outreach programs. They are also working on a scholarship program for those within the outreach classes who may be interested in teacher training. Whatever they chose to do next, it’s clear that A.I.M. is ready and willing to connect and inspire their community.